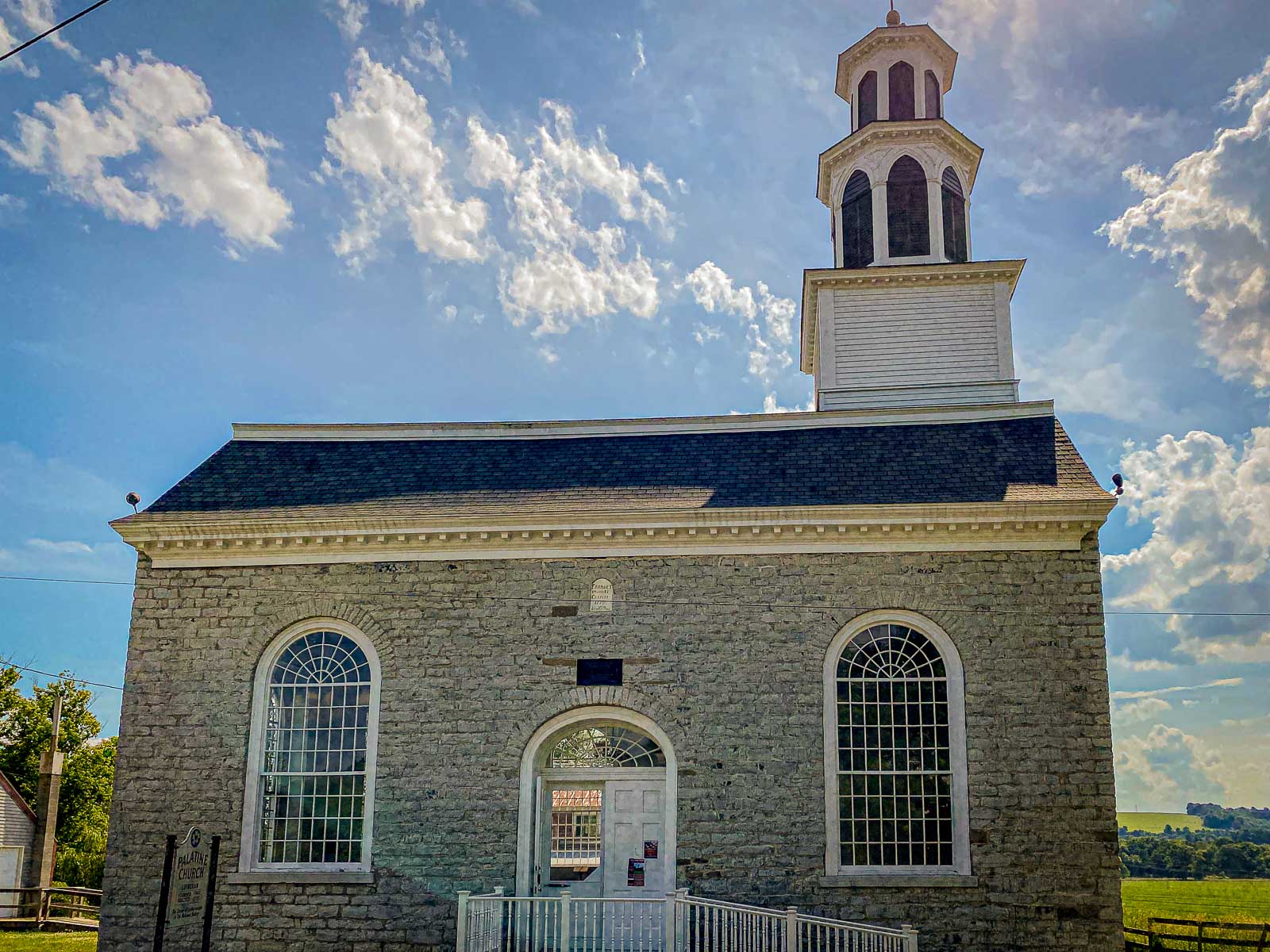 The Old Palatine Church is one of the oldest churches in the Mohawk Valley. Lutheran Palatine Germans built it in 1770 using limestone taken from the creek nearby. The construction cost ($155,000 in 2008) was provided with funding donated by the Wagner, Nellis, Reber and Hess families. The spire was funded entirely by six members of the Nellis family who also gave the gilded bronze rooster on top.

In October 1780, British Loyalist, John Johnson, led 875 troops in a devastating raid across the Schoharie and Mohawk Valleys. They burned all of the farms along this road. Legend has it that the Indians that alongside the Loyalists were ready to set the church on fire, but a British officer stopped them. He had promised his good friend, Henry Nellis, to protect the church.

From these pioneers have descended thousands and thousands who have helped make America. They gave their lives freely at the Battle of Oriskany and made possible the capture of Burgoyne’s army at Saratoga.

For the purpose of perpetuating their memory, their ideals, their deeds of valor, and to record their contribution to American live, the Palatine Society of the Evangelical Lutheran Church, Inc., was formed in 1938.

The Palatine Society is an organization incorporated in 1938 under the laws of New York State to preserve the memory, records, and heritage of the Palatine German immigrants to came to America in large numbers in the early 1700s. A few came in 1709 and settled in Newburgh, New York. About 4,000 men, women and children left the shores of England in ten ships in January 1710, for the colony of New York. The last ship arrived at Nutten Island (now Governors Island) in New York Harbor in June 1710. It was a long and terrible voyage and about 20 percent of them perished at sea.

Learn more about the Palatine Church

The 40-mile connection between Herkimer and Oriskany by Jim Rogers