Writing series highlighting the work of Darren Bonaparte from the Wampum Chronicles begins next week. 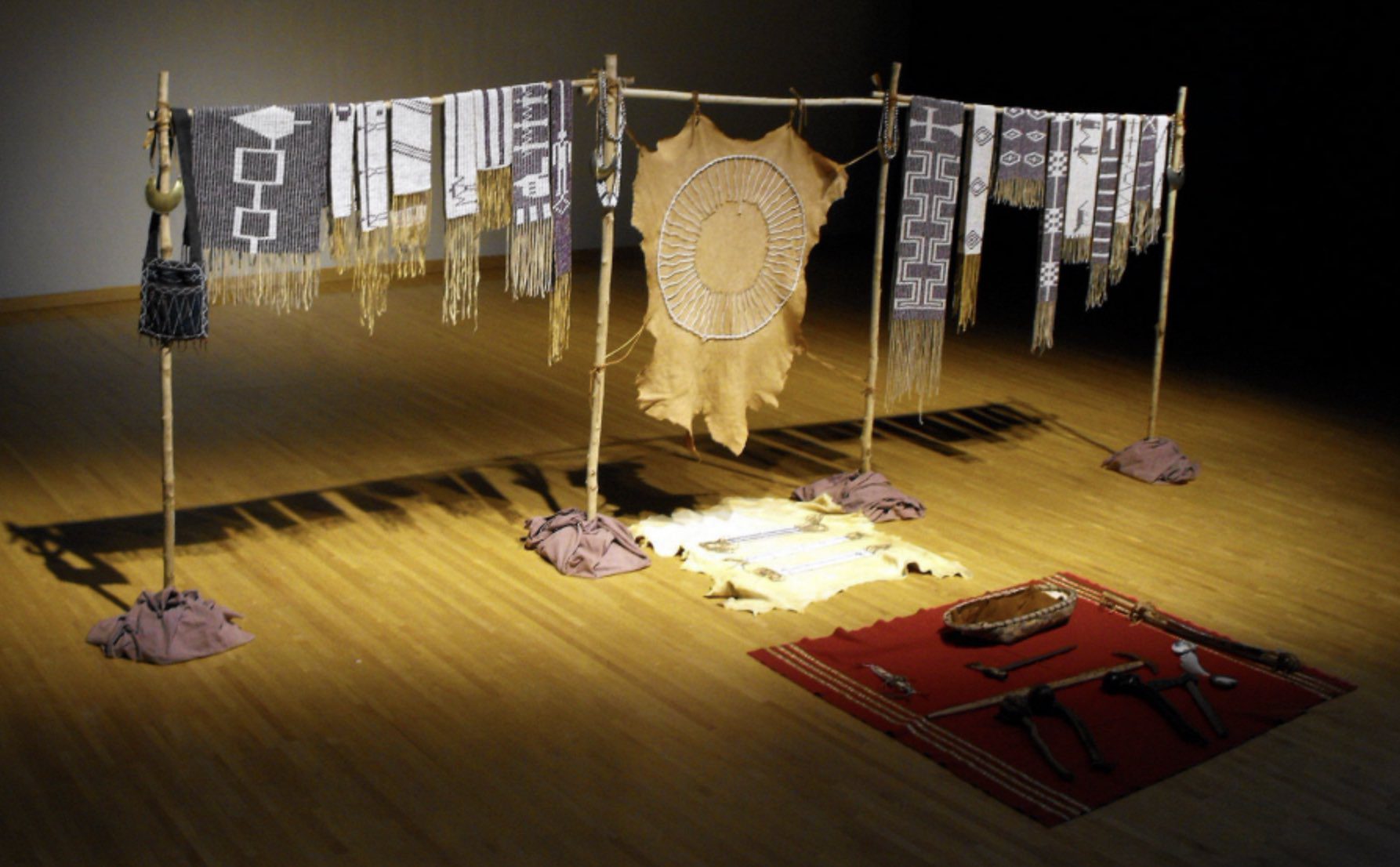 We are so excited to announce the start of a very special writing series featuring articles and research from the Wampum Chronicles, work of historian, author and artist, Darren Bonaparte.

Darren shares on the wampumchronicles.com

I have been a student of Haudenosaunee history and culture for more than a quarter century. My research began with my home community of Akwesasne, and quickly expanded to the Mohawk Nation and the Haudenosaunee Confederacy. The St. Lawrence Iroquoians and the Seven Nations of Canada are also big blips on my research radar. I have documented the lives of Saint Kateri Tekakwitha, Colonel Louis Cook, and Saiowisakeron, also known as Jake Ice and John Fire. If these names don’t ring a bell, you’ve come to the right place.

The Wampum Chronicles has been my online base since the last millennium. This is where I post articles I have written and documents I have gathered. It is also where I promote my books, wampum presentations, storytelling gigs, and other projects.

Darren Bonaparte is a cultural historian from the Akwesasne First Nation. He is a frequent lecturer at schools, universities, museums, and historical sites in the United States and Canada. He has written four books, several articles, and the libretto for the McGill Chamber Orchestra’s Aboriginal Visions and Voices. Darren is a former chief of the Mohawk Council of Akwesasne. He is the creator of The Wampum Chronicles and historical advisor to film and television. He currently serves as the Director of the Tribal Historic Preservation Office of the Saint Regis Mohawk Tribe.

We are profoundly grateful to have permission to include a more than year-long writing series highlighting articles by Darren from the Wampum Chronicles on this website. The weekly series will begin next week with, “From the Land of Flint to the Land Where the Partridge Drums: The Migration from the Mohawk Valley to Kahnawake and Akwesasne.”

Join us each Friday as we publish articles as part of this continuing writing series including Darren Bonaparte’s research and work. For Darren’s online body of work, please visit The Wampum Chronicles.

This day in Mohawk Valley history: January 14
Scroll to top