NEWS AND NOTES FROM THIS PART OF THE STATE.

Short Items of Interest Gathered From Our Exchanges, Telling of What Other People Are Talking About.

A well informed lady in this town asked us the other day what the tax rate in the town of Jefferson was 50 years ago, or at the close of the Civil war. We could not answer her nor have we found anyone who could give the correct information. the proceedings of the Schoharie county Board of Supervisors were not printed until the year 1878. W. J. Jones represented this town then and Jefferson’s tax rate was $4.80 ($115.37) on each $1,000 valuation. Jefferson had the lowest tax rate of any town in the county. The Board of Supervisors met in annual session Nov. 30. The Jefferson tax rate in 1879 was $6.65 ($159.83) and in 1880 was $8.60 ($206.70) on each $1,000 valuation. Of course in those days there were no highway tax—Jefferson Courier. (Note: Today’s adjusted values in parentheses.)

The excessive cost of paper of labor and of printing material generally has during the past few months been quite generally commented upon, and as a result of it many newspapers throughout the country have been compelled as a matter of self-preservation to increase their rates.

Others will soon be obliged to advance prices or go out of business. No publisher who depends upon his income to pay his bills can stand the present condition long without increasing his revenue in some way.

According to recent dispatches more than 800 newspapers in the United States have gone out of business during the past year, 150 of which were published in the Empire State. —Oneonta Star. 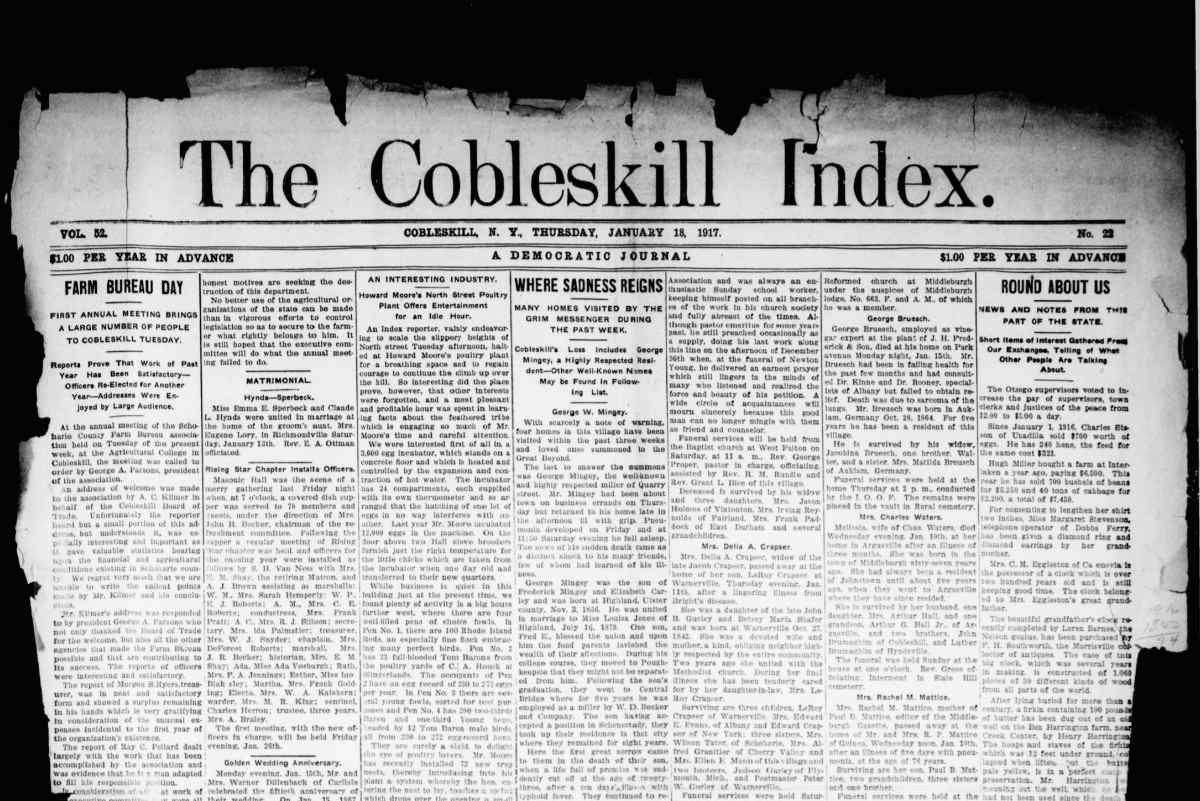 This day in Mohawk Valley history: January 19
Scroll to top