Broomsticks and Ballots by Ray Lenarcic

I love Halloween. Always have. My earliest remembrance is dressing up in a cowboy outfit complete with flannel shirt, neckerchief, vest, chaps and the piece de resistance, a pearl-handled, silver Lone Ranger cap pistol. I was probably seven or eight. I also remember walking the halls of Monroe Street Elementary with the rest of my class-all of us decked out in our Halloween finery. Back then in the 1950’s we weren’t prevented from engaging in this wonderful tradition by the tyranny of the minority (ditto for “Merry Christmas”). 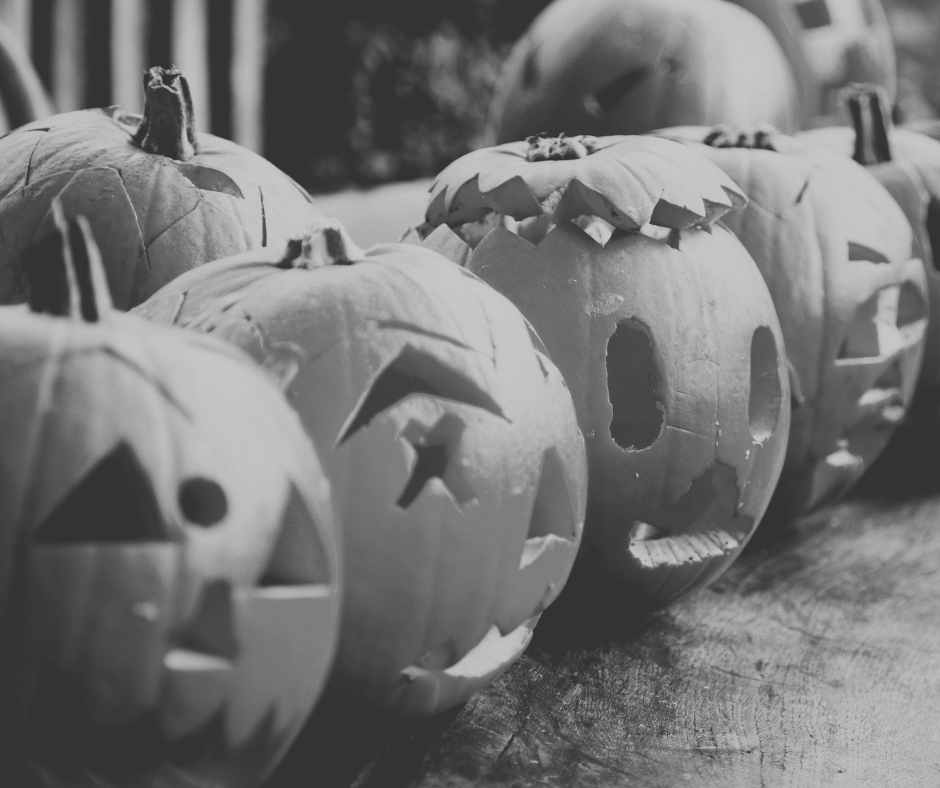 I also loved Halloween for its colors-orange and black.

Carving up orange pumpkins, placing them lighted on our front porch and then reveling at the beauty of their orange glow contrasted against the black of night. If I close my eyes, I can still see black witches on broomsticks and a black cat perched atop a fence silhouetted on the windows of my fifth grade classroom. I recall trick or treating beneath an orange harvest moon, anxious to get home to pig out on orange candy corn. We often topped off the evening by stopping at the huge garage where the Roa family party was in full swing. I remember not so fondly one of the Furnace Street Gang guys holding my head under water while I was dunking for apples. One year we attended the annual Minstrel Show in the high school auditorium, innocently unaware of its “political incorrectness.” And I welcomed the trips my family took each year to the Schoharie Valley in late October to purchase apples, pumpkins and corn stalks.

As we entered the age of exploding hormones, Halloween provided the Gang with new, exciting albeit mischievous experiences. Behind our parents’ backs, we pilfered bars of Ivory Snow and yukked it up while soaping the windows of every car in sight. The younger kids served as “cop watchers.” In the late 1700’s pranksters used to throw corn and decaying vegetables at houses. We threw eggs at cars. One year meself and a couple of the lads ran for our lives with an enraged motorist in pursuit. Knowing the lay of the land and various shortcuts never came in handier. And, oh yeah, putting paper bags loaded with canine waste on the porches of neighborhood “meanies,” setting them (bags) on fire and ringing the doorbell. We made sure they were home to stomp out the small blaze. (note: if this tradition is suddenly revived-I plead the fifth.)

Halloweens down the road included, in high school, trick or treating for UNICEF and in college dragging an outhouse from a farm in Cherry Creek and putting it on the president’s front porch. Cost us a semester’s worth of probation. In my 30’s there’re fond memories of my neighbor Tommy Fort and I taking our kids  trick or treating and in retirement, Kay and I sharing the grandkids’ excitement, oohing and aahing their get-ups. Most recently, “Halloweenitis” sparked the incentive to write an original children’s story. Illustrated by Benton Hall Principal Joe Long, copies of The Pumpkin Man are annually distributed to third graders in Benton Hall (Little Falls) along with an invitation to the kids to participate in a coloring contest. As I stated at the outset, I love Halloween. Always will.

Memories of Halloween trigger other memories of an event a few days later that we learned to revere-election day. Back when civic education was really taught, my teachers from elementary through high school taught us to understand thoroughly the importance of voting. I can recall in sixth grade at Church Street Elementary participating in a mock election campaign. The class was divided into Republicans and Democrats and assigned to learn as much as we could about the candidates (Eisenhower and Stevenson) and their platforms. No googling or deceitful infomercials then-just good old fashioned reading (newspapers, magazines, books) and asking questions (parents, relatives, local officials). Information gathered, we put it in writing, chose classmates to represent the candidates, organized a march through the halls complete with placards and chants (I Like Ike) and gathered at the auditorium to listen to our classmates debate the issues. The next day we voted. Years later when I taught fifth grade at Deerfield Elementary, I organized a similar project. The kids loved it.

During high school I can recall participating in a political debate in my American History class taught by the iconic Ralph Van Horn. A couple of years ago I penned a guest column on how he taught us the value of voting, how to become as informed as possible before making our choices, how important keeping an open mind was in the process and how we should take advantage of every opportunity to vote be it a presidential or school board election. He reminded us that participatory democracy was only as good as our willingness to participate.

My seven uncles who fought in World War II will always remind me of my responsibility to vote.

Along with millions of others like them, they put their lives on the line to bring down a power-crazed autocrat whose fear-mongering, control of the press and courts, corrupt bargains with big business, scapegoating of minorities and rabble rousing populist rallies resulted in his rise to power and consequently history’s worst war. By doing so, they preserved those freedoms and rights we should hold most dear. Voting included. We can best show our thanks for all of our veterans’ sacrifices and honor their memories by hitting the polls on November 8th and guaranteeing that our votes truly count by making INFORMED choices.

Finally, I find it fitting to share with you four lines from John Greenleaf Whittier’s poem written in 1850 and entitled “The Pumpkin.”

When wood- grapes were purpling and brown nuts were falling!

When wild, ugly faces we carved in its skin.

Glaring out through the dark with a candle within!

Ray Lenarcic is a member of the Little Falls Historical Society.