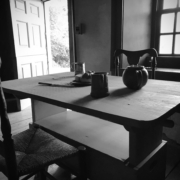 "What is the good of being a ghost it you can't frighten people away?!"

Come ghost hunt at the Herkimer Home State Historic Site this fall! Preliminary investigations at the site with Central New York Ghost Hunters have already been completed and we are ready to have the public come hunt with us. Reserve your spot today, do not miss out on this event!! 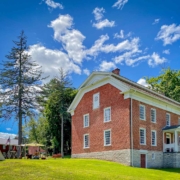 Who were the Palatine Germans? What was their life like on the frontier of colonial New York? What did farm life look like in the 18th century? What kind of livestock was common for the time period? Come join us at the Herkimer Home State Historic Site as Paul Supley presents his 18th Century Historic Agriculture program. 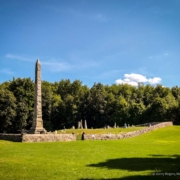 Please join us for our annual wreath laying ceremony in commemoration of the contributions of General Nicholas Herkimer, who was wounded August 6, 1777 at the Battle of Oriskany, and later died of his wounds.

Tours of General Herkimer's historic mansion will be available following the ceremony. 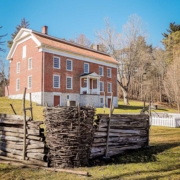 The quickly approaching SEMIQUINCENTENNIAL (250th) of the United States will be whatever Americans decide it should be; and it will require an involved and interested citizenry to be successful.  We have a short four years to prepare for and think about how we can commemorate our nation’s founding and its repercussions. There are many ways to do this.  One way is to support our Revolutionary War sites by attending events such “Taverns and Tories: It’s 1777 Somewhere” at Herkimer Home while another, not suitable for all, is to put on a reproduction wool uniform and join a recreated regiment in order to honor the service and sacrifice of soldiers and civilians of the Revolutionary War, and to provide lasting memories for oneself and the public.

With the 250th approaching Herkimer Home State Historic Site and Rock Valley Brewery in Little Falls will be hosting a Beer tasting event in the shadows of the home of Revolutionary War hero, General Nicolas Herkimer on Sunday June 19th, from 12:00-4:00pm.

During the event a new beer will be unveiled in his honor and available for tasting through separate purchase by legal aged individuals in the beer garden. Rock Valley brewing is a locally owned farm brewery founded in Little Falls and has been in operation since 2018 Additionally, live music will be performed by Liz “Fiddle” Simchik throughout the day, and food and refreshments will be available for purchase from the 508 Salvage BBQ food truck.

In preparation for SEMIQUINCENTENNIAL activities, the recreated armies of King George III and the Continental Congress are seeking new members to fill depleted ranks.

A recruiting party of the 24th Regiment of Foot will staff a display at Herkimer Home State Historic Site during the event.  Reenactors will provide musket firing demonstrations exhibit the contents of a soldiers’ knapsack, pitch a tent with bedding, and answer questions about all aspects of reenacting, including costs.  Join in and get a feel for the experience by trying on our spare uniforms or enlisting in the cause!

The 24th Regiment of Foot

The 24th Regiment of Foot co-sponsors events at Herkimer Home in Little Falls, Fort Ontario in Oswego, and Johnson Hall State Historic Sites on the Revolutionary War Heritage Trail from Oswego to Schenectady.  The unit participates in large, small, near, and far living history events at forts, historic sites, museums, and battlefields. The recruiting aspect of the event at Herkimer Home is an opportunity for those interested in joining a living history group to prepare for large 250th commemorations, beginning with the Battles of Lexington and Concord in 2025.

Herkimer Home State Historic Site is located at 200 NY-169, in Little Falls, NY. For more information on the event or Herkimer home contact Sharon Powell at (315) 823-0398 or by e-mail at sharon.powell@parks.ny.gov.