This day in history: October 30

José Manuel Gallegos was born in Spanish colonial Mexico, in the town of Abiquiú, Nuevo México, on October 30, 1815. His people were Hispanos, descendants of early Spanish settlers. 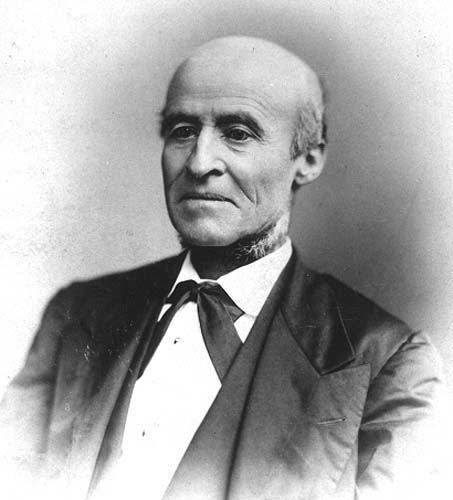 Raised during the Mexican revolution and educated by Franciscan missionaries in Taos and Durango, Gallegos was surrounded by republican ideals. Ordained a Catholic priest at the age of twenty-five, Gallegos readily added political tasks to his clerical responsibilities. He became pastor of San Felipe de Neri Church in La Villa de Albuquerque, as well as one of the nineteen “electors”—men who chose Nuevo México’s deputy to the Mexican Congress.

In 1848, the Treaty of Guadalupe Hidalgo ended the Mexican-American War and ceded the Southwest— from Texas to California–to the United States. Nuevo México became the U.S. Territory of New Mexico, and Gallegos was elected to its first Territorial Council. Gallegos became the first Democrat elected as a delegate to the U.S. Congress from the Territory of New Mexico in 1853. He was the second Hispanic Congressional representative in U.S. history. Thirty-one years had elapsed since Joseph Marion Hernández, delegate from the Whig Territory of Florida, had become the first Hispanic in Congress in 1822.

This day in history: October 31
Scroll to top