This day in history: November 29

1832: Louisa May Alcott, author and suffragist was born

On November 29, 1832, Amos Bronson Alcott wrote his mother of his joy in “the birth of a second daughter on my own birth-day.” Convinced of the importance of early childhood, Bronson Alcott continued to keep a regular journal of each of his four daughters’ growth and activities. Shortly before her second birthday, Louisa’s father wrote of her:

Louisa…manifests uncommon activity and force of mind at present…by force of will and practical talent, [she] realizes all that she conceives.…

For the most part, the Alcotts taught their daughters at home. Daily journal-keeping formed a significant part of the home curriculum. Louisa and her sisters each wrote a weekly journal in which they recorded family events and published their literary and artistic endeavors. The girls and their neighbors formed a dramatic society, and the Hillside barn became the local theater where they performed Louisa’s melodramatic plays.

Although their home and community life was rich, the family remained financially impoverished. Of necessity, all family members pitched in to support the family, with the daughters working as teachers, companions, and domestics. Besides their paid labors, they contributed their time and talents to the abolition movement, the women’s suffrage movement, and to the relief of those poorer than themselves. 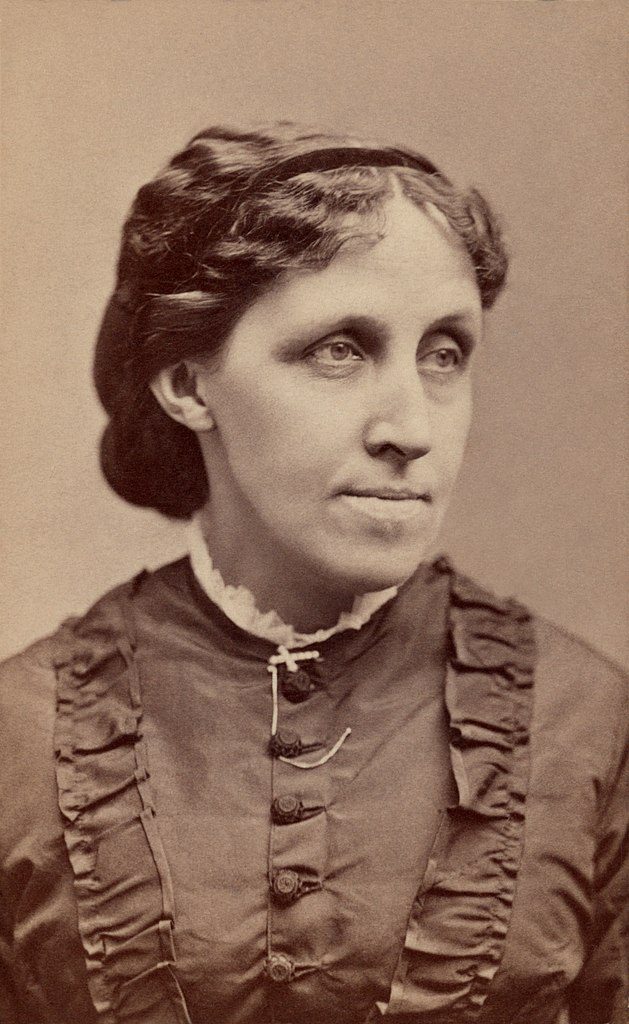 Louisa resolved early on to earn money to relieve the hardship of her mother’s life. Gradually, she began earning a reliable income from stories and sketches published in The Atlantic Monthly and from dime-novel thrillers, including Behind a Mask, published under the pseudonym “A. M. Barnard.” Her first book of stories, Flower Fables, was published in 1855.

During the Civil War, Louisa served as a nurse at a Union Army hospital in Washington, D.C. There, she kept careful journals which she published later as Hospital Sketches. A severe bout of typhoid fever brought her home to Concord an invalid. It is thought that she was treated with mercury for her fever, as were many others who became ill during this period. Mercury poisoning was apparently the cause of the slow debilitation that led to her death twenty years later.

In 1868, at the suggestion of her publisher, Louisa wrote a “story for girls” based on the experiences of her own family. Little Women or Meg, Jo, Beth, and Amy was an immediate success and brought her lasting fame. It was followed the next year by a second volume with the same title, subtitled, “Part Second,” and in subsequent years, by two sequels, Little Menand Jo’s Boys.

During the 1870s, Alcott and her mother were deeply involved in the women’s suffrage movement, canvassing door-to-door encouraging women to register to vote. In 1879, Louisa registered as the first woman to vote in the Concord school committee election. 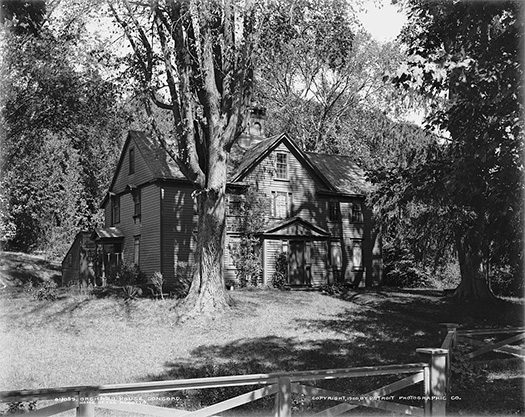 Louisa’s later years were financially secure and her family was able to live comfortably and pursue their many intellectual and artistic interests at their second home in Concord, Orchard HouseExternal. Her last years, however, were shadowed by the deaths of two of her sisters and her brother-in-law. As the sole support of her parents, sisters, and her nephews and niece, she became overburdened with work and ill health. Louisa May Alcott died, two days after her father, on March 6, 1888, at the age of fifty-six.

Read more on the Library of Congress

This day in history: November 28

This day in history: November 30
Scroll to top