This day in history: December 7

On December 7, 1941, Japanese planes attacked the United States Naval Base at Pearl Harbor, Hawaii Territory, killing more than 2,300 Americans. The U.S.S. Arizona was completely destroyed and the U.S.S. Oklahoma capsized. A total of twelve ships sank or were beached in the attack and nine additional vessels were damaged. More than 160 aircraft were destroyed and more than 150 others damaged.

A hurried dispatch from the ranking United States naval officer in Pearl Harbor, Admiral Husband Edward Kimmel, Commander in Chief of the United States Pacific Fleet, to all major navy commands and fleet units provided the first official word of the attack at the ill-prepared Pearl Harbor base. It said simply: AIR RAID ON PEARL HARBOR X THIS IS NOT DRILL.

Each year on Dec. 7, Pearl Harbor Survivors, veterans, and visitors from all over the world come together to honor and remember the 2,403 service members and civilians who were killed during the Japanese attack on Pearl Harbor on December 7, 1941. A further 1,178 people were injured in the attack, which permanently sank two U.S. Navy battleships (the USS Arizona and the USS Utah) and destroyed 188 aircraft. 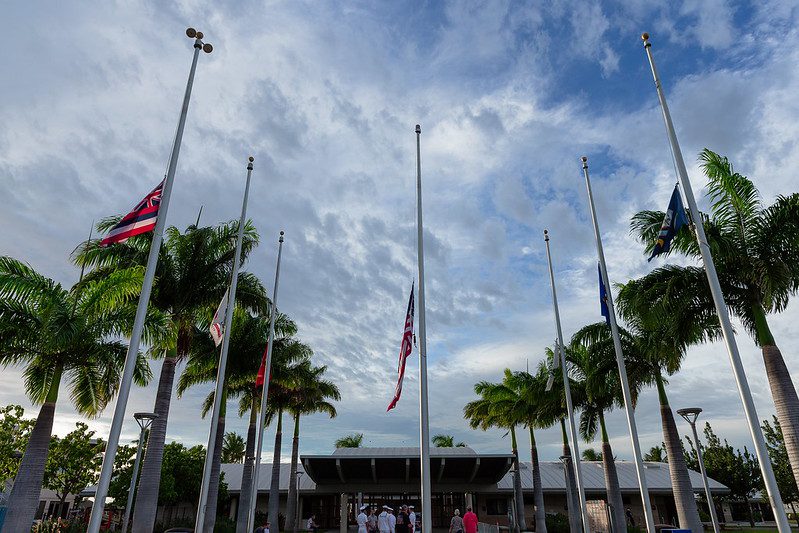 On Aug. 23, 1994, the United States Congress designated Dec. 7 as National Pearl Harbor Remembrance Day. Every year, remembrance events are held at the Pearl Harbor National Memorial, culminating in a commemoration ceremony on Dec. 7.

Celebrate the Holiday Season with the Caroga Lake Music Festival!
Scroll to top