In addition to the Erie Canal, railroads played a very important role in the development of villages, towns and Cities across the Mohawk Valley. In a post by the Oneida County History Center in 2020, 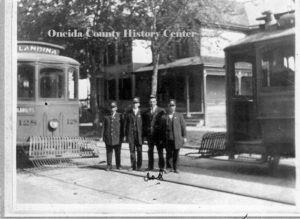 The Utica Belt Line Street Railroad Company was chartered on June 18, 1886, and quickly expanded throughout the city. The West Utica line was the first to be finished in April 1887, followed by the New York Mills extension in June 1887. The Blandina Street trolley, pictured here, began transporting passengers in August that same year. The company merged with the Utica and Mohawk Railroad Company and became the Utica and Mohawk Valley Railway Company in 1901.

Here in the December 16, 1886 edition of the Utica Daily Observer:

The Belt Line Street Railroad Company met men at work to-day cleaning the track for opening the eastern half of Belt No. 1. The work will occupy a few days. When completed, the present Oneida Square car will run from the depot to Oneida Square, returning via Park avenue, Eagle, Steuben, Upper, Blandina and Genesee streets to the point of starting. This route will be taken as an experiment, the cars at first running in only one direction from Oneida Square over Park Avenue and Eagle street.

The sleeping car or sleeper (often wagon-lit) is a railway passenger car that can accommodate all passengers in beds of one kind or another, for the purpose of sleeping. George Pullman was the American innovator of the sleeper car.

The first such cars saw sporadic use on American and English railways in the 1830s; they could be configured for coach seating during the day. (Wikipedia) 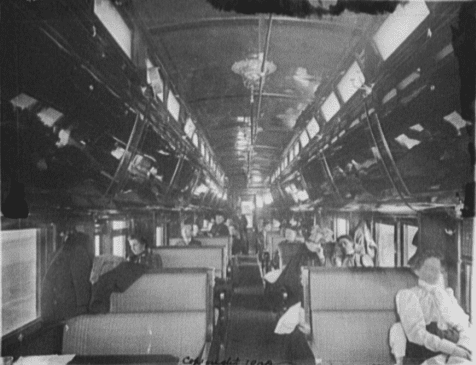 First train passes over the railroad to Dolgeville

US submarine chasers stop in Little Falls
Scroll to top