It was reported that D.H. Burrell of Little Falls has received a patent for making cheese.

“Little Falls is the Greatest Place for Cheese…”

“The farmers bring in that article of consumption every Monday and so great is the rush that the police of the place are on duty all the time to preserve order and keep the streets free from obstructions. The cheese is shipped from here to New York and thence by vessels to the European markets. The people in the suburbs are wealthy and live in fine residences and in a luxurious manner – all from cheese.” 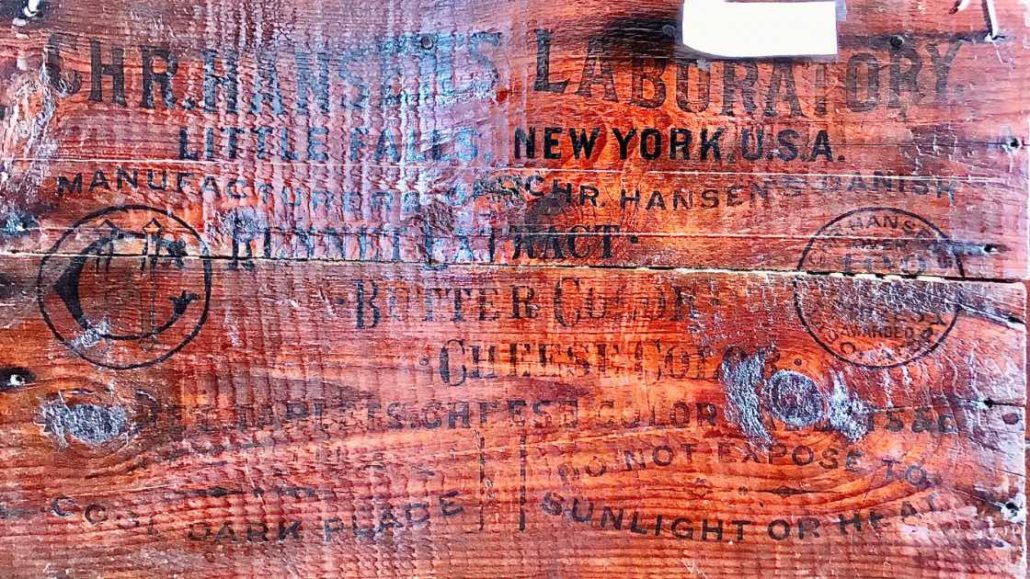 Read about the first U. S. Cheese Market that was centered in Little Falls here.

In other Mohawk Valley news…

It is said that the court holds that a man who wants to drive faster than his neighbor, has a right to pass him on the highway, and if the latter interfere, thereby causing an acci­dent, he is responsible for all damages done.

The faculty of the Folts Institute has been strengthened by the addi­tion of a special teacher in vocal music. Classes are now organized in reading, in chorus practice and in voice culture.

Celebrate the Holiday Season with the Caroga Lake Music Festival!