This day in history: November 22

1963: John F. Kennedy, the thirty-fifth president of the United States, was assassinated

On Friday, November 22, 1963, President John F. Kennedy was shot as he rode in a motorcade through the streets of Dallas, Texas; he died shortly thereafter. The thirty-fifth president was forty-six years old and had served less than three years in office. During that short time, Kennedy and his wife, Jacqueline Bouvier Kennedy, became immensely popular both at home and abroad. 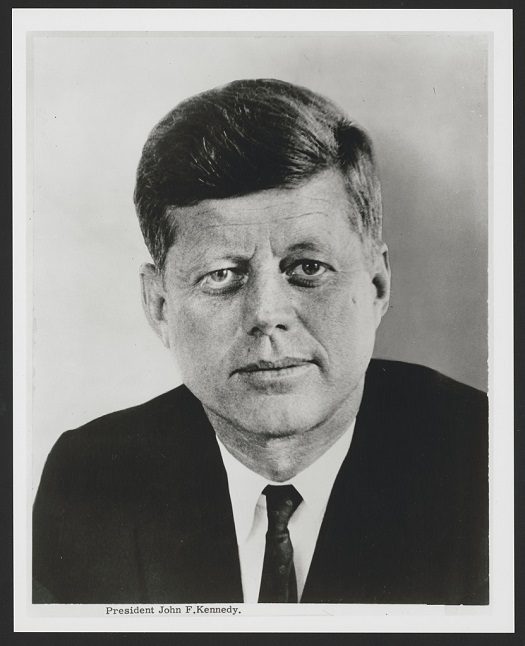 For the next several days, stunned Americans gathered around their television sets as regular programming yielded to nonstop coverage of the assassination and funeral. From their living rooms they watched Mrs. Kennedy, still wearing her blood-stained suit, return to Washington with the president’s body.

Television played a significant role in Americans’ collective mourning. For the first time, the majority of citizens witnessed the ceremonies surrounding the death of a beloved leader, creating a shared experience of the tragedy. Even now, television programming maintains public memory of the assassination by transmitting vivid images from those difficult days to successive generations.

Despite the intimate experience of events surrounding the death of John F. Kennedy, the nation failed to achieve closure. Oswald never confessed, and the facts of the case remain mysterious. The Warren Commission’s conclusion that Oswald acted alone failed to satisfy the public. In 1976, the House of Representatives’ Select Committee on Assassinations reopened the investigation of the murder. The Committee reported that Lee Harvey Oswald probably was part of a conspiracy that may have involved organized crime.

Read more on the Library of Congress

Mohawks and the Dutch in the Mohawk Valley

Re-Thinking Thanksgiving: A Native American Perspective on an American Holiday...
Scroll to top