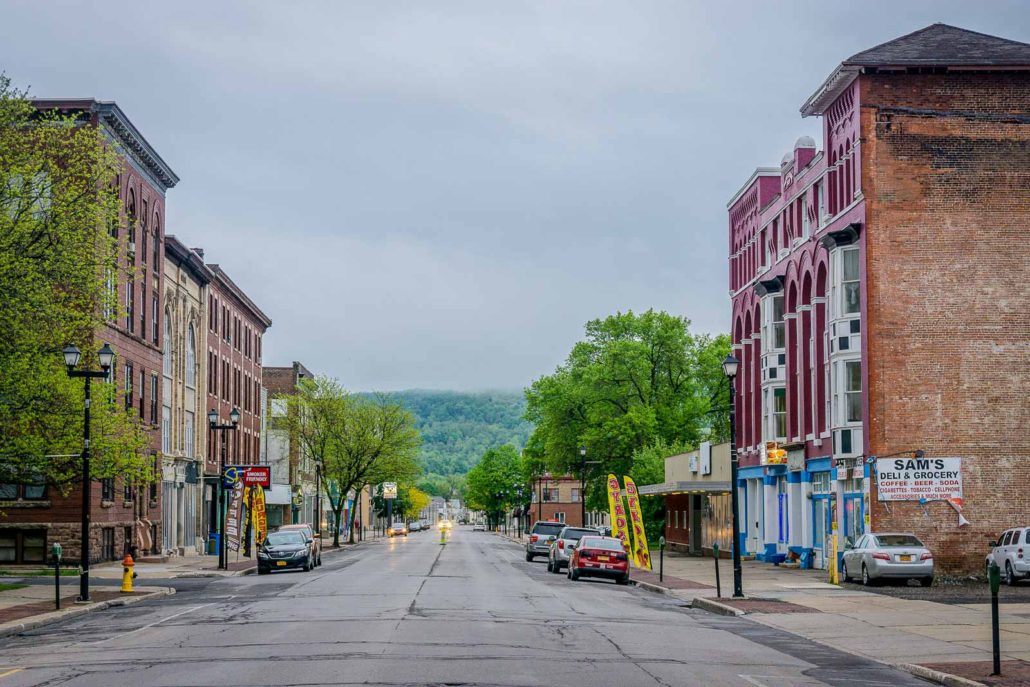 It is now definitely settled that Herkimer is to have another knitting mill. Mr. James Evans who has been foreman in the Mr. Mark’s mill for some time, has formed a co-partnership with Messrs. Deimel & Snell for that purpose. The mill will be located in the brick building of the Herkimer Manufacturing Company, and a fine class of ladies underwear, both silk and wool, will be manufactured. Success to the new enterprise.

MORRIS MARK and the MARK MILL

Morris Mark was President of Mark Mfg. Co., a textile industry, and lived in a fine mansion on N. Prospect Street on the corner of Church Street in Herkimer, N.Y. Morris Mark came from Fritalar, Germany in 1860, settling first in Amsterdam, NY. Mr. Mark possessed the first home in Herkimer to have a bathtub, and was one of the first to have a gas furnace. His mansion resembled a castle on the Rhine, topped with a picturesque watchtower from which all of Herkimer could be surveyed. Bystanders and travellers were awed as they viewed the mansion from the street. Morris’s wife Anna was born in Kassel, Hesse, as was her father Simon, whose own father was born in Alsace.

In 1871, Morris Mark, together with Michael Elias, erected a large brick factory on E. Albany Street known as the Mark Mfg. Bldg., manufacturer of knit goods. The large property encompassed the land from the north side of Albany Street to the west side of the Hydraulic Canal. Mr. Elias retired and Morris operated the factory himself for several years.

Eventually, after several other businesses operated in it, the Mark Mill was torn down and the land it was on sat empty for many years. The surrounding lots have since been rehabilitated into modern medical franchises. One complex is Little Falls Hospital Primary Care and the other is Faxton Regional Cancer Center.

At the time of Mr. Mark’s death he was one of the wealthiest men in Herkimer. His mansion stood empty for many years and deteriorated to such a point that it was torn down in the same fashion as other prominent area landmarks. The Temple Beth Joseph complex is located where this mansion once stood.